Our brain encodes numbers so quickly that a smaller first digit is enough to make the price seem much smaller: $2.99 feels like a lot less than $3.

Shop layouts are often designed to be confusing and maze-like, forcing people to wander and see more merchandise than they initially planned. This trick is named after mall architect Victor Gruen, who actually hated such manipulative techniques.

Research shows that a woman’s touch (like a brief touch on the shoulder) makes a customers of either gender feel more secure in spending money. Additionally, if a salesperson of either gender imitates your gestures, you may be more likely to buy.

6. USE WORDS RELATED TO A SMALL AMOUNT

Descriptions like “low maintenance” are more appealing to consumers that “high performance,” even though both qualities are valued.

7. SHOW PRICE IN INSTALLEMNTS RATHER THAN A LUMP SUM

Consumers tend to get anchored on a smaller price subconsciously, even if they know the total price.

Breaking the price down into how much it costs daily (or comparing it to a cup of coffee) makes the price seem more affordable.

Consumers are more likely to choose something at a price ending in an odd number that is right under an even whole number, like $4.97.

Visual distinction between the sale price and original price is powerful. If the original (higher price) is bold. Big, and a different color, that will make the sale price seem more appealing.

Regardless of these statements being true or not, they create a sense of urgency that overrides careful purchase planning.

12. REMOVE THE PAIN OF PAYING

Uber revolutionized the taxi industry by having customers pay transparently before service is received. This is way less painful than watching a meter rise as you ride and THEN paying.

13. MAXIMIZE THE PERCIEVED SIZE OF THE DISCOUNT

Retailers use the biggest number possible to label discounts. For example, 20% off a $50 vacuum seems better than $10 off, even though they’re both the same amount.

When people miss a great sale, they may be disappointed. However, if it is still on sale but less discounted, people may jump on it in fear that they will miss their chance again.

Studies show that men are more likely to buy products when the prices are placed in red. Men seem to process ads more quickly and use color as a visual heuristic, and “red” equals “discount.”

18. FOCUS ON TIME RATHEN THAN MONEY

People are emotional and want to enjoy life, so “you’ll love using our product” works better that “our product is inexpensive.”

Consumers want to pay what they believe is fair, so statements like “our coffee is 100% organic” are more effective than “our coffee is delicious.” Mentioning top-of-the-line raw materials makes people feel better about spending more money.

Retailers instantly mark down a price as low as it can go while still making a profit. The sign might say, “Retail price $139.99: Our price $49.99.” this tactic is illegal some countries: In Denmark, you can’t advertise a “before” price if it hasn’t been sold for that much in the past two weeks.

Imagine that a small popcorn is $4, a medium is $8, and a large is $8.50. Many people will go for the large since it is “only 50 cents more” than the medium. The medium only exists to boost sales of the large.

Supermarkets put necessities such as milk and eggs in the back of the store so you must pass everything else to reach them.

Stores often fill their entrances with colorful merchandise (such as fresh produce) to brighten moods and encourage more spending.

Near the top of Maslow’s Hierarchy of Needs is esteem. Slogans like “The Few. The Proud.” By the U.S. Marines and “Membership has its privileges.” by American express play into this need.

26. INCLUDE AN EXPENSIVE MENU ITEM MOST PEOPLE WON’T BUY

By having a $50 dish on the menu, diners are more likely to shell out $30 for other menu items because the cost seems reasonable in comparison. This is called “arbitrary coherence.”

BOGO compels people to buy something at full price and often spend more than intended, prices are set high enough to cover the “free” item. These have all but replaced 50%-off sales, even though half-off deals benefit consumers more.

People are more willing to do something if other people are doing it. Using reviews and testimonials as part of advertising earns trust. However, reviews are not always what they seem.

29. EXPOSE CONSUMERS TO HIGHER PRICES, EVEN IF THEY ARE UNRELATED

In a 2004 experiment, music CDs were sold on a boardwalk. Every 30 minutes, the adjacent vendor changed the price of the sweatshirt on display to either $10 or $80. People spent more on CDs when the sweatshirt was $80!

Check out Other Related Blogs 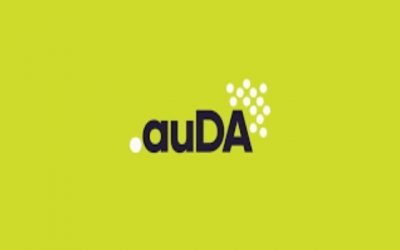 New rules for .au domain names are coming in April 2021 A new, streamlined set of rules for the...

END_OF_DOCUMENT_TOKEN_TO_BE_REPLACED

Cyber squatter who bought domain name for one of Australia's biggest horse races won't give it up...

END_OF_DOCUMENT_TOKEN_TO_BE_REPLACED 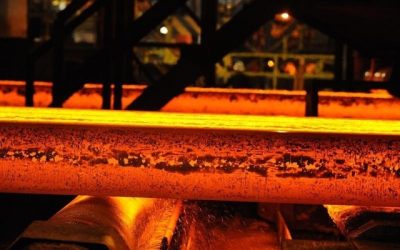 China’s Iron are 90% Imports From India

China bought most iron ore from Australia, Brazil in 2020, but imports from India up nearly 90%...

Be the first to receive premium names on BigDad.com!

We use cookies to ensure that we give you the best experience on our website. If you continue to use this site we will assume that you are happy with it.OkPrivacy policy